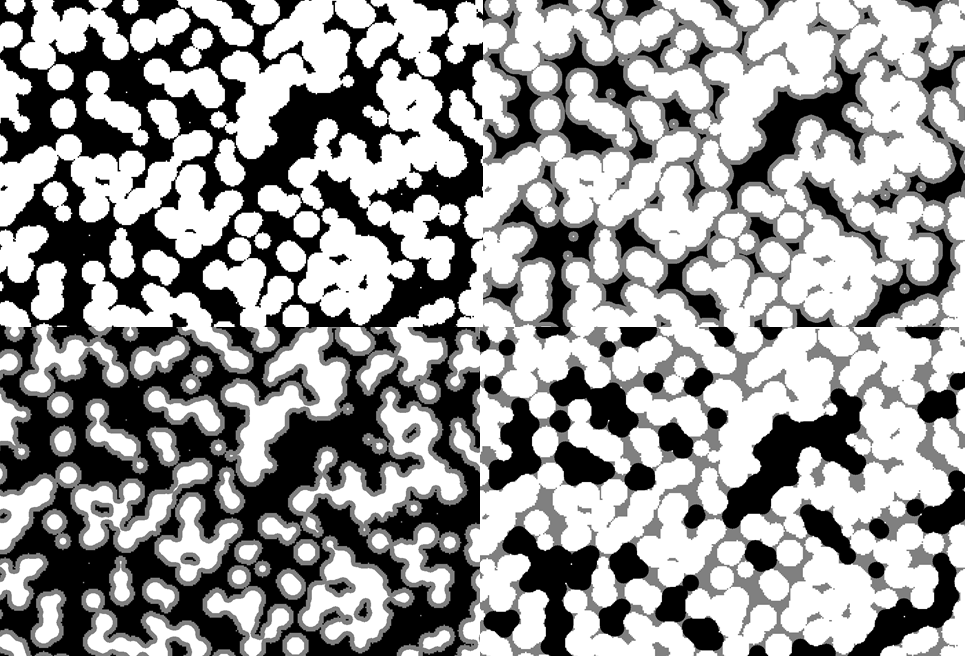 Mathematical morphology has been introduced by Matheron and Serra [Serra, 1982] in the late 1960's. It defines among others, two basic operators: dilation and erosion. These tools and their combinations are powerful and widespread for filtering and image analysis. For instance, operations such as opening, closing are performed with these two base operators.
In this plugin, we propose geodesic morphological operations on binary set.
For 2D : based on 3x3 Chamfer metric [Borgefors, 1986] with optimal weights [Akmal, 1998] or exact distance transform calculation.
For 3D : based on 3x3x3 Chamfer metric or exact distance transform calculation.
The mask set is the initial set for erosion or complementary set for dilation.