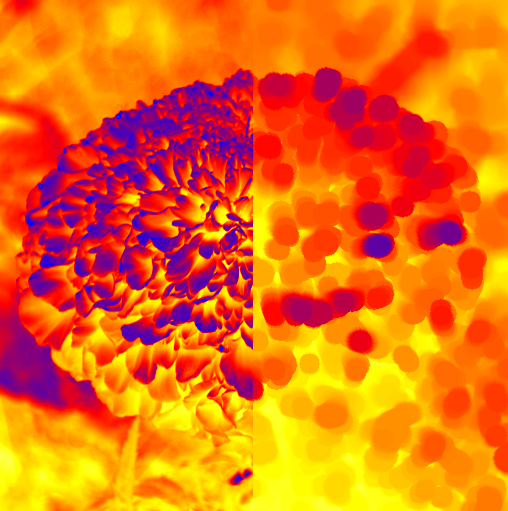 Mathematical morphology has been introduced by Matheron and Serra [Serra, 1982] in the late 1960's. It defines among others, two basic operators: dilation and erosion. These tools and their combinations are powerful and widespread for filtering and image analysis. For instance, operations such as opening, closing or morphological gradient are performed with these two base operators.
In this plugin, we propose these basic operations, completed with a morphological reconstruction operation using implementation by hierarchical queue from [Vincent, 1993].
Basic implementations of the mathematical morphology operations are not well adapted for large or complex structuring elements (SE), and calculations with large SE are particularly computationally intensive. To reduce this computing time, we have extended the Urbach and Wilkinson algorithm for the decomposition of SE [Urbach and Wilkinson, 2008] to parallel computation with GPU. For more details, see the paper in the link below.
If you do not have an nVidia graphics card that supports CUDA, you can use the plugin without the CUDA option.
This plugin is compiled in 32 bits. If the plugin does not launch, try installing the visual studio 2008 x86 redistribution package (see second link below).