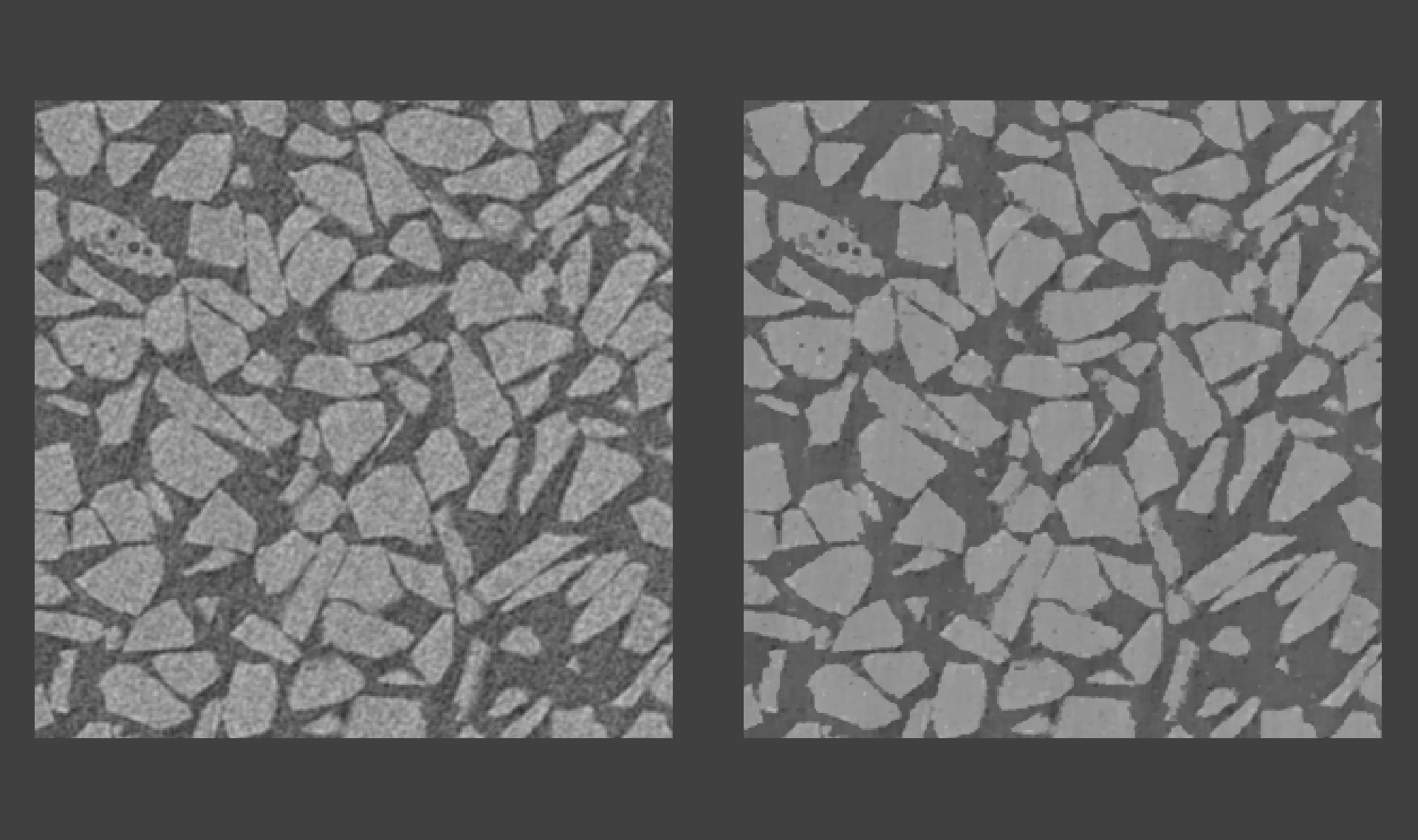 The bilateral filter plays a key role in image processing applications due to its intuitive parameterization and its high quality filter result, smoothing homogeneous regions while preserving the edges of the objects. Considering the image as a topological relief, seeing pixel intensities as peaks and valleys, we introduce a way to control the tonal weighting coefficients, the flowing bilateral filter, reducing "halo" artifacts typically produced by the regular bilateral filter around a large peak surrounded by two valleys of lower values. Our plugin proposes a parallel GPU (Graphical Processing Unit) based implementations of the regular and flowing bilateral filter using the NVidia CUDA API. This filter can process large 3D volumes up to several GB.

If they are not present on your machine, it is necessary to install the redistribution libraries of visual studio 2019 64-bit version. A link to install these libraries is available below.